IN THE EASTER SPIRIT!!

Have you ever stopped to wonder WHY we dye eggs for easter or why we give Easter baskets to kids? Here's a little history on the Easter Egg:


In Pagan times the egg represented the rebirth of the earth, which allowed people to become hopeful of spring after a long winter. With the emergence of spring, the earth burst forth and was reborn, just as an egg bursts forth with new life.
The term Easter comes from Eostre, the Anglo-Saxon goddess of spring, to whom the month of April was dedicated. So, along with the spring equinox and spring festivals, people started exchanging eggs as a symbol of creation, new-life, and a resurrection of nature after winter. With the coming of Christianity, the Easter egg became a religious symbol. The egg changed from representing nature’s rebirth to the rebirth of man. The hatching Easter chick became a symbol of the tomb from which Jesus emerged.
By the Middle Ages decorating and coloring eggs for Easter became the custom in England. The wealthy covered eggs in gold, while the peasants dyed theirs with flowers and herbs.
By the 17th century people started exchanging egg-shaped toys and eventually, by the 19th century, the first chocolate eggs were made in Europe. During this time, Peter Carl Faberge, a well-known goldsmith created the most famous decorated Easter eggs. He was hired by Russian Czar Alexander to make a special Easter gift for his wife. These Faberge eggs had an outside shell of platinum and enameled white which opened to reveal a smaller gold egg. The smaller egg then opened to show a golden chicken and a jeweled replica of the Imperial crown. Fifty-seven of these eggs were made in all.
Author: Unknown
Now that I've given you all your history lesson for the day, here are a few mini Easter items I made yesterday. Enjoy and as always have a wonderful mini-filled day! 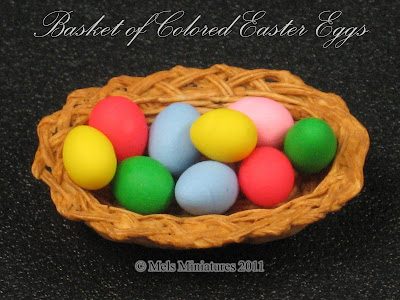 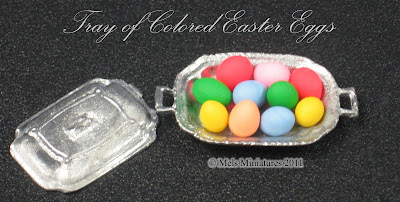 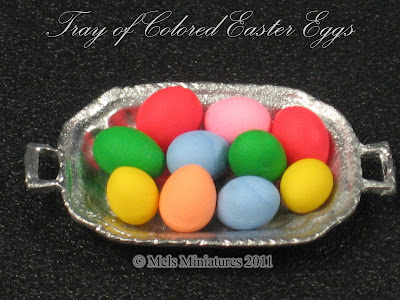 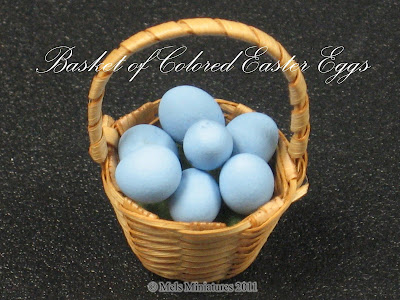 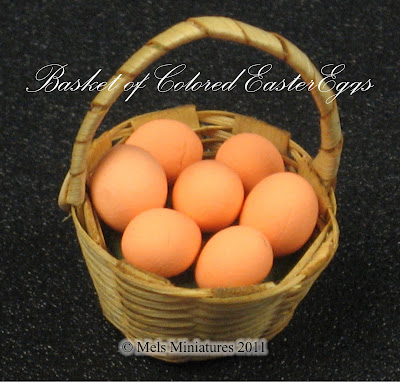 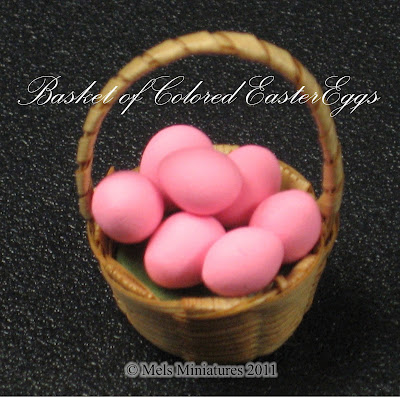 XOXO,
Melanie
Posted by So Sweet Candy Buffets at 5:47 PM 7 comments: Links to this post

Thank you to all of you that were already followers for reading my posts week after week. It's nice to have people that enjoy reading about my mini creations :) And thank you to the new followers..... I hope you will enjoy reading my quirky posts from time to time. Just a reminder that in order for me to give away the doll mold I must reach 300 followers and I am still 38 followers short, so lets get the word out you guys becuase I am itching to give this doll mold to someone :)

XOXO,
Melanie
Posted by So Sweet Candy Buffets at 5:26 PM No comments: Links to this post

I am just 53 away from having 300 followers!! Woohoo! In order to reach my goal I think a Blog Candy Giveaway is in order. Once I reach 300 I will be giving away a wonderful DOLL MOLD to one lucky winner!

ALL YOU HAVE TO DO IS:
Good Luck Everyone!

Posted by So Sweet Candy Buffets at 9:43 PM 46 comments: Links to this post 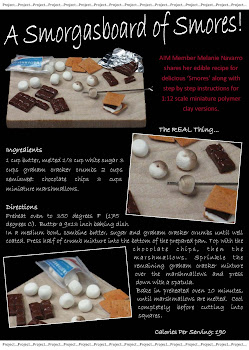 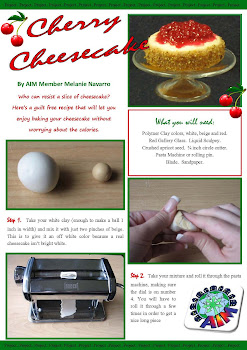 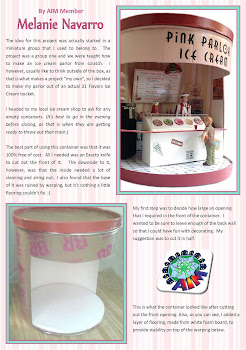 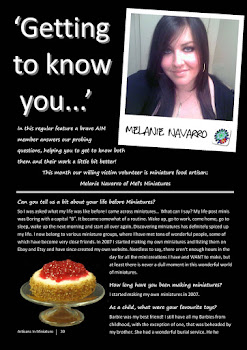 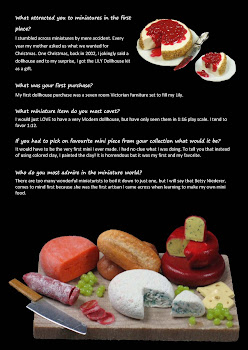 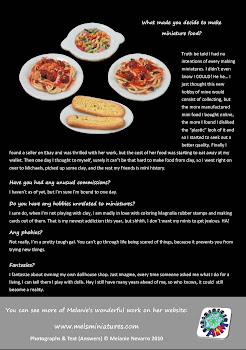 Click Here For a Chance To Win This Cake!